Look out for moving documentaries, The Deer Queen, and a “boozical” at BIFF 2017

Those attending the Beloit International Film Festival won’t have a hard time picking out familiar names. @Me, American Zombies, and ACT II all played in the Milwaukee the area last year. Kaycie Bowens wowed Wisconsin Film Festival audiences with Jada, Kevin Pontuti’s bleak Onere makes an appearance, and T.C. DeWitt and company are up to their vivacious ways in Screen: Righter.

On the documentary side of things, there’s Marc Kornblatt’s experiential What I Did in Fifth Grade and “LakeFrontRow Cinema” alum 19. Milwaukee Film Festival entry From Mass to the Mountain follows a Ripon-based preacher and his ongoing efforts to bring fresh water to a community in Panama.

Along with projects we’ve already covered, here are a few more films worth seeking out during the festival’s 10-day run. We’ve linked to more information on each and every title, too: 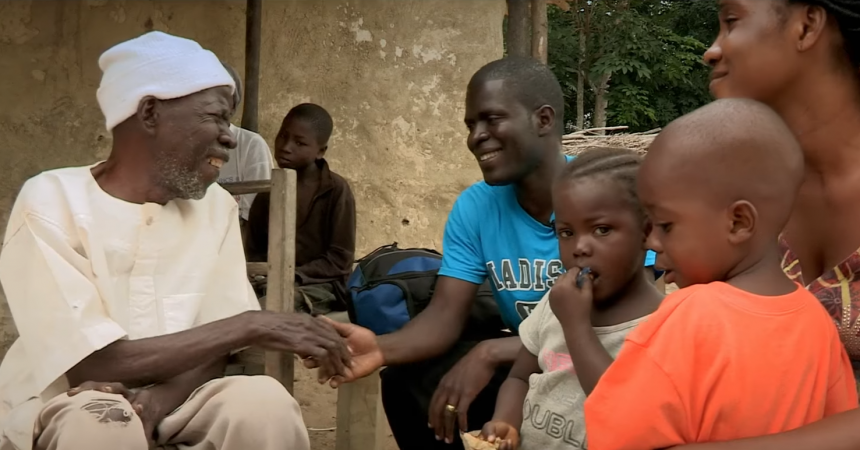 The Land Beneath Our Feet — Gregg Mitman & Sarita Siegel

For many Liberians, land isn’t just essential for survival; it’s a reflection of their history and culture. For decades, that importance has been eroded by greedy development companies and social elites. Simultaneously, Liberia is a nation divided and ravaged by infighting, with two separate civil wars that have resulted in hundreds of thousands of lives lost — and with those lives, oral historians and traditions they preserve. With Sarita Siegel and London’s Alchemy Films, UW-Madison’s Gregg Mitman again uses Emmanuel Urey as his prism, and like In the Shadow of Ebola, it’s a thoroughly researched and slickly-crafted result. Together, Mittman and Siegel have made a broad, compassionate case for why preservation and conservation may as well be one and the same. 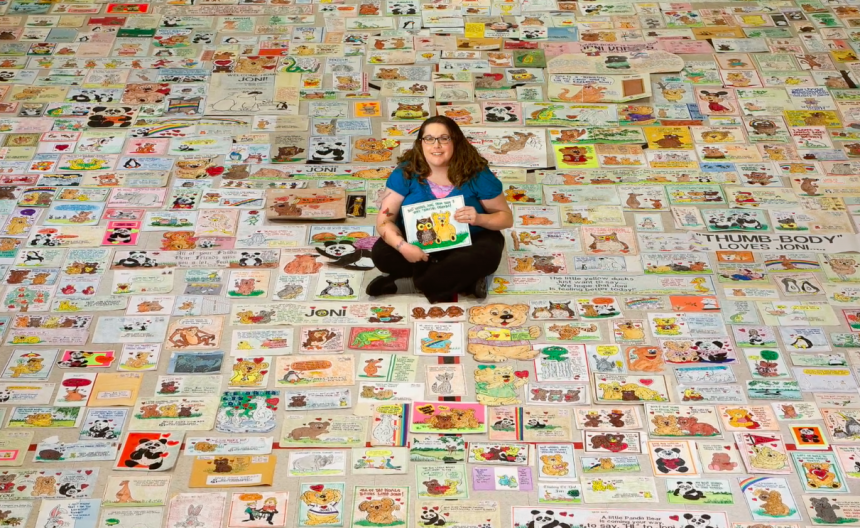 The Bear and the Owl — Mark Allen Davis

Joni Vorass was born with a rare disorder that subjected her to dozens of surgeries as a child. After a newspaper ad asked for strangers to send Vorass birthday cards and good cheer, word gets around to illustrator Bob Jensen, who sends Vorass an oversized birthday card. But Jensen doesn’t stop at one card. He sends another and then another and then another in what would amount to nearly one card per day for the next two and a half years. Ostensibly the story of a sick kid, a generous illustrator, and their two favorite animals, The Bear and the Owl is deceptive in that it’s as much about the outsiders affected by its gigantic, cartoon love balloon. Jensen’s children share their own heartwarming memories, and Joni’s siblings eventually get looped into the mail barrage, too. The peripheral elements of The Bear and the Owl are its strongest ones. Mark Allen Davis finds the most unique entry-points to his subjects, beginning with an irresistible memory as told by an enthralled postal worker and ending with a reveal that brings things full circle and with an open heart. 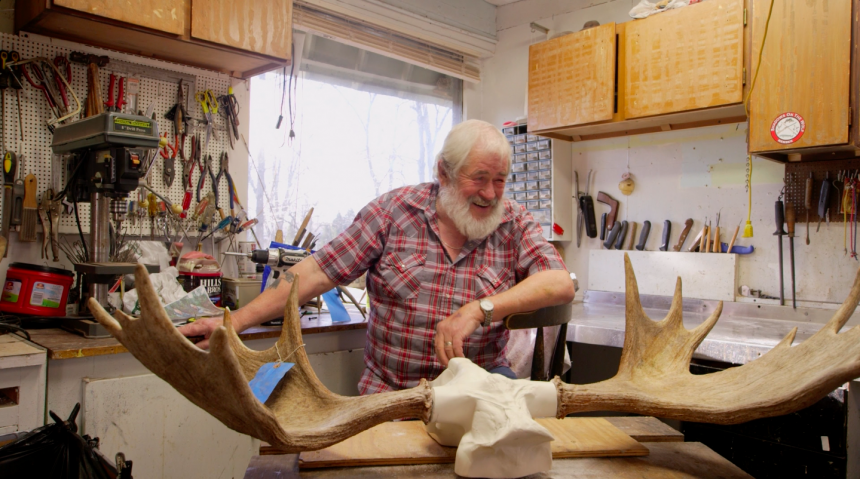 Bucky Kilishek and his son Joe own and operate “Bucky’s Taxidermy” out of Menasha, WI. They’re also the improbable subjects of this documentary short. Squeamish watchers should brace themselves for a few minutes of gore, but it’s not really about the blood and guts. Director Mariah Tralongo toys with the treacherous balance between art and competition, complete with a sly camera that lingers on the puppy wandering the shop floor as animal heads are skinned and antlers are mounted. Kilishek may also be the most Wisconsin short film ever, with the elder taxidermist clad in flannel and talking incessantly about big game in a yooper accent. Also, his frickin’ name is Bucky.

Maybe this is the most Wisconsin entry at Beloit this year. Picture a plucky damsel as she belts out tunes about a time when the state of her father’s tavern was a little more cheerful. Enter a strapping entrepreneur with a new brew to serve and a disreputable businessman with an oh-so-twirlable mustache hocking his own brand of oat soda. With composer Elias King, lyricist Shannon McInnis, and Josh Robinson’s ever-present piano, UW-Milwaukee alum Grant Brown offers up a whopping 10+ minutes of music, bundling together a meet-cute between his two leads (Clare Czechowicz and Ben Gilchrist) with Milwaukee’s German roots. It’s a “boozical” that goes down like a shot of Beauty and the Beast dropped in a pint of Oktoberfest. 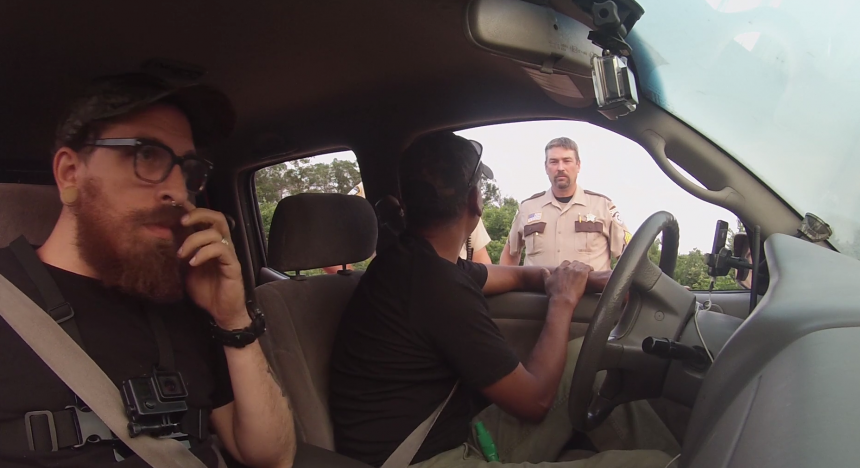 Last fall when Operation Wolf Patrol played at the Milwaukee Film Festival, Joe Brown told me was starting a project during bear hunting season and there was a good chance he would get arrested for filming in a national forest. He said to expect delays in any emails. Ominous communication be damned, audiences will instantly recognize the fear at work in this documentary short, a nine-minute preview of a larger feature Brown has in the works. Perhaps it’s the tenacity of Rod Coronado, an activist with a criminal record who’s set his sights on curtailing the efforts of hunters in Wisconsin. Perhaps it’s the tenuous argument between activists like Coronado and the firearm-wielding critics who insist that they’re protecting themselves from these “eco-terrorists.” Or perhaps it’s the nail-biting confrontation between two “patrollers” and the Polk County Sheriff’s Office, debating the merits of hunter harassment via dashboard camera. I’ll take all of the above actually. 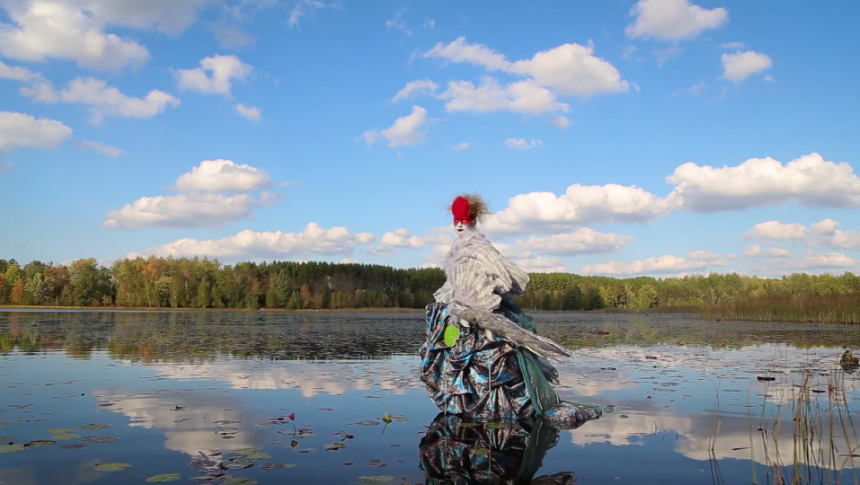 It’s a good thing Brooke Thiele followed a colleague’s advice to dedicate her performance art to film; otherwise, Beloit audiences would never have the luxury of seeing The Deer Queen. Thiele’s piece began with several Milwaukee-area performances and a pair of primal sprites — gorgeous fusions of human and nature, including the titular “Deer Queen” and “The Crane.” This cinematic iteration adds a third (“The Hunter”) as well as overtone singing that hangs over serene vignettes served up by cinematographer Yinan Wang. This is a piece of visual poetry that’s off-putting and inviting, an fitting paradox given its eschatological interests. Oh, and good luck seeing anything as arresting as its opening visuals this year.