It’s been over a week since the Milwaukee Film Festival wrapped, and I’m still thinking about two features in particular: Milwaukee 53206 and Christopher Darling, both of which we’ll hopefully see in Madison at some point.

The 53206 ZIP code, belonging to Milwaukee’s north side, is notable for its extremely high incarceration rate. It’s a rate many consider to be among the highest in the nation, in particular because of the staggering number of black males it affects. Those effects, and not just on the incarcerated themselves, are central to Milwaukee 53206, a new criminal justice documentary from Keith McQuirter that looks at several cases on the north side of the city.

One of its central subjects is Chad Wilson. Recently released from a correctional institution in Franklin, Wilson now spends his time reconnecting with his five children and getting back on his feet. In the process, he illustrates the tremendous uphill battle many men experience after serving time. We we watch as Wilson rebuilds his self-worth; good actors through the city’s Fatherhood Initiative eventually hire Wilson to work for the same program he once graduated from. It’s an inspiring story, albeit one that’s undercut by the glaring reality that this man is an exception to the rule.

And that’s the central tragedy. McQuirter isn’t shy about pointing to leading voices in the community, grabbing sound bites from Milwaukee Police Chief Ed Flynn as he flatly acknowledges an “interlocking network of social ills” during a radio interview. Wilson’s changes look more like an aberration, a rare step out from the city’s stagnant cycle of criminal justice.

Milwaukee 53206 has a lesser seen case in Beverly Walker, too, a woman whose husband has been in prison for the last 21 years after receiving two consecutive sentences for separate crimes. Walker’s life is a portrait of someone simply trying to keep it together. Phone conversations with her husband frequently run up against the prison’s hard time limits, and she corrals birthday parties with family members, managing to keep a smile despite the celebration’s glaring, unspoken absence. In one gut-wrenching moment, and the film’s absolute low point, Walker learns that her husband’s parole board has delayed a decision yet again. Rightfully, the news is upsetting but the real tragedy is the resignation on Walker’s face, who later admits she expected the equivocation. This is what running in place looks like.

McQuirter doesn’t propose a grand thesis about Milwaukee’s incarceration problems. But he is interested in its effects, in both presenting them and absorbing them, most effectively with an opening that features a dejected spoken word piece by Muhibb Dyer. Delivered with a declaratory passion, the activist and poet resigns the fate of all young black men to a cell as he dons a prison uniform in broad daylight. Weighty metaphors fail to typify Milwaukee’s status as an outlier in criminal justice, especially compared to the harsh realities communities are actually facing.

After a premiere at Milwaukee’s Oriental Theatre this past Jun, Milwaukee 53206 played again at the Milwaukee Film Festival. While no Madison screenings have been announced yet, Radio Milwaukee will host a screening later this month on Oct 26. Eau Claire’s JONAH non-profit group also has plans to show the film in Nov. 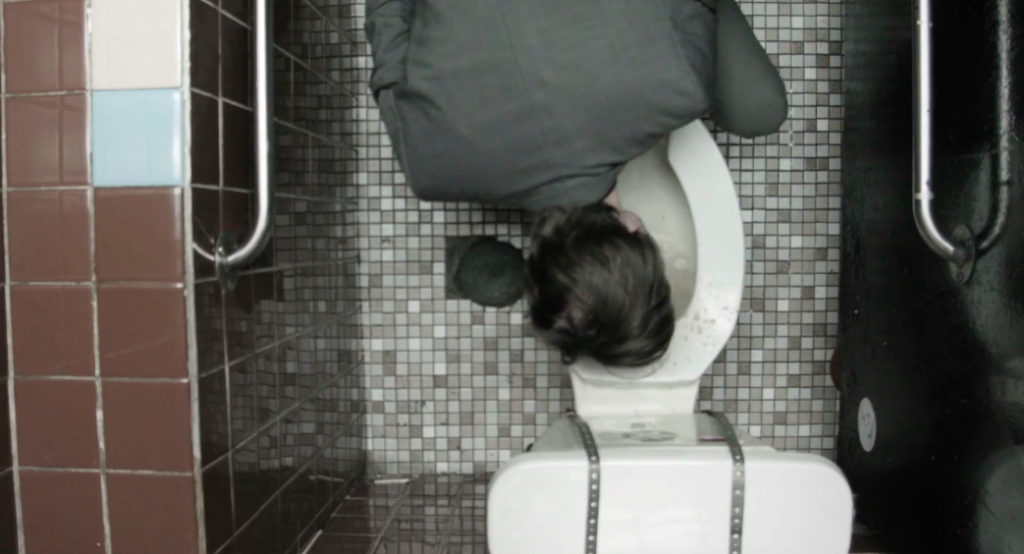 In Take the Dog, which we presented this past spring at the Central Library, John Glowacki plays a young man trying to do the right thing. On the road for an estranged sibling’s wedding with his older brother, his girlfriend, and a dog, Glowacki’s journey is a shaky, albeit well-intentioned olive branch to his life’s disparate corners.

And it’s hard not to compare Take the Dog to Shaky Balloon’s newest feature, Christopher Darling. Both take an interest in people on the periphery of music. Take the Dog‘s punk rockers (Glowacki, along with Tim Palecek and Erika Sorenson) struggle to keep an even keel en route to California. Christopher Darling features a similarly unstable protagonist, following the life of semi-famous musician Chris Darling (Glowacki again) as he quickly dissolves in front of his bandmates. The optics alone of Glowacki as a drunken liability recall that of his older brother in Take the Dog, although Darling’s dedication to the drink is borderline religious. From shirking the tour bus bathroom for a quick leak in a beer can to stumbling into post-show band meetings with liquor bottles, it’s a often hard to laugh at such a mess, even as Shaky Balloon deems Christopher Darling a “dark comedy.”

In fairness, co-writers and -directors Scott Cary and Martin Kaszubowski understand that Darling is operating on a complete separate level, perfectly telegraphed in a scene where he sloppily yells at nothing in a dive bar. Even the camera doesn’t seem to understand Darling, isolating him against a parade of bathroom stalls or blurred beyond focus in the foreground of shots. Like it or not, the world expects Darling to answer for himself, and whether it’s for his drunken antics or in explaining his creative process, his go-to response is a defiant middle finger.

Like a burned out Holden Caulfied, Darling seems himself as resisting an insidious movement that doesn’t really exist. Old friends have sold their punk jackets and gotten married, even planned for children. Bandmates and discrete couple Rachel (an excellent Meredith Johnson) and Anthony (Palacek, again) are on the fence about some of these choices but at least they’re trying, and Darling’s brief romantic dalliance with Rachel only complicates matters for them.

If Take the Dog were an observational slice of life, Shaky Balloon Productions have answered themselves in this broader companion piece. Christopher Darling is all about walking life’s fine line and how hard it is to hold that balance when you can’t even recite your ABCs.

After two screenings at the Milwaukee Film Festival, Shaky Balloon have yet to announce any additional stops for Christopher Darling, but keep your eyes peeled at shakyballoonproductions.com.