“You have the real and the unreal, and you’re not sure where they’ll intersect. I like the perspective shift.”

The day Eric J. Nelson got the final stamp of approval on his film festival trailer, I spoke with him in his basement. Judging by the still-standing model of Madison and the lights that lined his extremely temporary studio, this was a long labor of love. Like the best Wisconsin Film Festival trailers, Nelson’s “You Are Here” both stands out on the strength of its own vision while still tying into the community and place that make the 8-day event so special. A train weaves around a miniature version of the city, chugging past festival venues on a “track” made of Super 8 film strips. As he sipped a cup of coffee, Nelson thought out loud about its reception. “I’m sure the button collectors will enjoy it.”

“You Are Here” is a clear vision now, but like any of the Nelson’s stop-motion films, its ideas were worked and re-worked over time. Last Dec, when he first began developing the project, Nelson toyed with high concepts, like painting with light. “I have a light painting tool and I wanted to do timed exposures over stop-motion film,” he said. “I wanted to have this giant pixel stick being dragged outside of the major venues of the festival, with the end result looking like a giant film strip.”

Another idea had film strips snaking around the city, where festival venues and city buildings would construct themselves in Game of Thrones fashion, an appropriately epic opening for the festival’s hardcore devotees. “I wanted to incorporate lots of gears and cogs,” Nelson said.

While those ideas sound amazing, he realized it wasn’t practical, especially the light-painting, which would require spending multiple nights shooting outside in the freezing cold. What he always knew was that the trailer would use film as an element, and Nelson’s mechanical interests got him thinking about old film equipment, including the Latham loop. “It’s the thing that makes the intermittent motion on a projector or camera,” Nelson explained, “which made me think about physical moving film from one place to another.” And that’s where the train came into play. 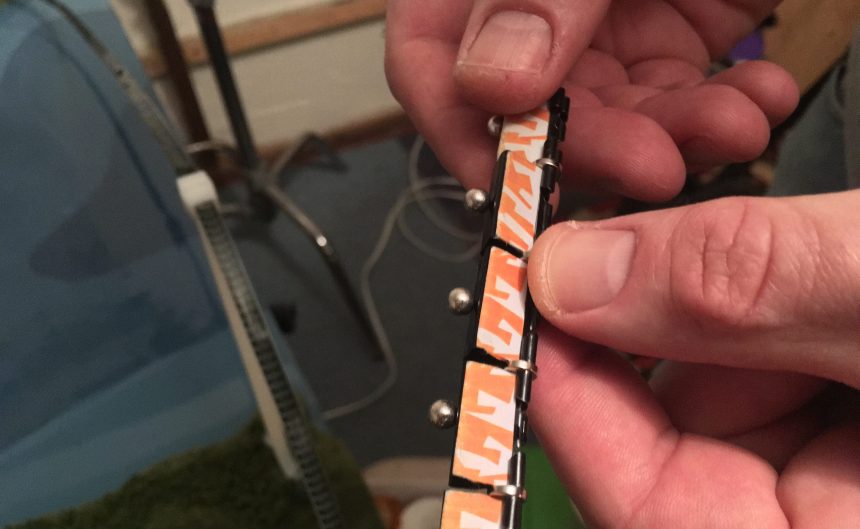 Those who have seen the delightfully novel Forest Products already know that Nelson has an eye for upending the mundane and recognizable in new and novel ways. For his trailer, Nelson built “train cars” out of paper binders and magnetic BBs, joining the contraption together with more magnets. Eagle-eyed viewers will also recognize the style and colors, which were done with help from the graphic designer of this year’s Isthmus festival guide. “I like the idea of being able to control an imaginary world that’s removed from reality but has an element of verisimilitude to it,” Nelson said. “You have the real and the unreal, and you’re not sure where they’ll intersect. I like the perspective shift.”

The magnets are pretty seamless, but they also have a practical use, allowing Nelson to ease the train along his Super 8 track, frame-by-frame. It’s a cute, clever effect though not without its drawbacks. Often in the middle of a shot, the magnets would come undone or worse, stick together where they weren’t supposed to, crumpling the entire line of cars into a ball of paper and metal. Nelson would have to stop shooting, take the cars apart, rebuild his train, and then go back and find where on the track his last shot left off. Magnets would get stuck inside the binder clips, fingers would get pinched. “At some point down the road, you always have to understand that you’re going to pay for some aspect of your jury-rigging things,” Nelson said. “You can put yourself in some really strange contortions, both physically and metaphorically.”

Steering the train over the humps in the track was a real challenge for Nelson; if you watch closely, you can see the magnets “hop” as the train goes over the cable tie stanchions. As for the track itself, laying down film strips glued to giant cable ties meant risking collateral damage with a nail gun. “Every stage I got to, I was putting more and more into it,” Nelson said. “It’s been a long marathon.” 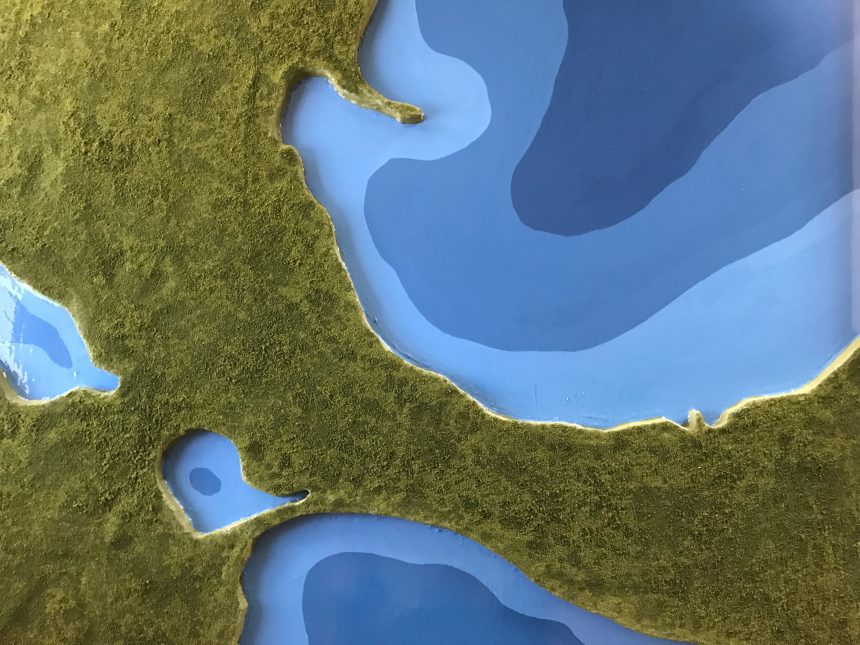 Stop-motion is already a time-intensive process, and that process is only compounded when you add in rebuilding an entire city. When he first secured the green light from festival staffers, Nelson began constructing his miniature Madison in early Jan, spending several weeks building his model atop the family’s kitchen table. “We had to eat on the floor for a bunch of weeks,” Nelson remarked. With the help of Google Maps, Madison’s isthmus is completely to scale, built with plywood, paper, and plaster. Lakes Mendota and Monona are finished with a model compound called Realistic Water, giving them a shiny, reflective surface.

For the buildings, Nelson went through UW’s Polymer Engineering Center, where they used his custom digital models to put their 3D printer to use, creating structures for every venue featured in the festival this year. The Capitol building and Camp Randall already had schematics in the public domain, which Nelson added for visual anchors. As the train passes by each structure, a “YOU ARE HERE” arrow pokes down. In a perfect festival world, Nelson hopes that attendees would cheer when their particular theater pops up onscreen.

Turning Down the Lights

Festival-goers won’t just recognize their locales, because the trailer features what’s become the Wisconsin Film Festival’s certifiable jingle. Originally written by Matthew Sanborn and Festival Coordinator Ben Reiser for 2014’s mild sensation of a trailer, “Turn the Lights Down Low” makes yet another appearance here. (You can find an impressively thorough rundown of the festival trailer’s history at Tone Madison.) This time, it gets a circus-like, waltzy rendition, complete with keyboard, mandolin, and you guessed it, a bit of train whistle. “Matthew is an incredibly talented musician,” Nelson said. “I usually do the music myself for my projects, but [working with Matthew] gave me the opportunity to think ahead of time and to think musically.” Having the music ready let Nelson cut the trailer to what he described as “visually progressive sounds.” As an example, when the train hits the Latham loop, a slide guitar exaggerates the motion in the soundtrack.

Nelson’s synergy with Sanborn was emblematic of a new precedent for the director in stop-motion: collaboration. In Nelson’s mind, that was a good thing. “That’s what I liked about this project,” he said. “One of the engineering students told me he was used to making cubes and triangles all day on his 3D printer. I think being able to see their contributions for other applications was a fun experience for them, too.”

Nelson also recruited the help of his wife and kids when making his model. The family was featured more prominently in his 2014 Golden Badger-winning short Siszilla, although Nelson says even when not directly involved, they’re still an important part of the process. “My family puts up with a lot on these kinds of projects,” he said. “I once did a short with a bunch of clay-mated snails in our bathtub. Nobody could shower for three days.”