(UPDATED 05-27-2017: The Reason for Jim Season has its first screening set for Sat, Jul 8 at Market Square Theatre. Complete details are available on Facebook.)

Madison’s Phantom Moth Productions hasn’t looked back. Since the film troupe’s inception in 2012, writer-director Nicolas Alexander has racked up a number of genre projects, from an expressive gangster short film based on Carlos Christian’s hip-hop to the claustrophobic aftermath of a robbery gone wrong. Just last year, they made an award-winning short film for Madison’s 48 Hour Film Project.

Their latest project, The Reason for Jim Season, is their most ambitious yet. Adapting his play of the same name, Alexander is returning to his pool of local talent including Christian, actress Marie Sirena and cinematographer Evan Parquette for his first feature-length project which will premiere later this year courtesy of Capital Brewery. I sat down with Nicolas Alexander, Carlos Christian and Marie Sirena to talk about adaptations, their string of bad luck, and being a big fish in a small bowl.

Let’s start at the beginning, since you’re adapting The Reason for Jim Season from a play.

Nicolas Alexander: I wrote Jim Season back in February of 2012 and performed it in April. It’s a blue collar drama and was the first project I’d ever directed. I took experiences from my childhood and made this little world from them. Six or seven of us repeated different roles because, funny story, not one person showed up to audition. That was where I felt my heart sink and realized this was going to be a lot harder than I thought. I went ahead and rounded up friends from high school that had acted before. A few backed out. It was challenging because I had never tried putting anything big like this together. I grew a lot. All we could afford was a one-night performance and it was mainly family and friends that showed up. It felt good, but I remember thinking “I’m never doing a play again.”

How deeply did you delve into your childhood experiences?

Nicolas Alexander: I drew from my own experiences for a lot of the characters. The main character Jim, who I play, is an alcoholic. That was my father, who was all over the place. He was a cheater and a drinker. He wasn’t a good influence but you could also tell that buried deep down there was something admirable about him and you wanted him to change. He wasn’t completely lost. I grew out this scraggly beard for the part, because Jim’s a slob and I wanted to emphasize that. I wanted to shave this stupid thing off, and I finally got to shave again in December. It was like the first sip of wine at the end of the desert.

Carlos’ character Sam, who’s Jim’s best friend, is a nice, upstanding guy, but the stars or fate or destiny or whatever always have it in for him. Bailey, Marie’s character isn’t based off of anybody. Bailey’s just this perfect counterbalance to Jim. Really, this is an ensemble piece. You feel everyone’s problems and have intimate moments with everyone.

All three of you have worked together before, though. Where did you find new faces?

Nicolas Alexander: Word of mouth. Craigslist. Facebook. The problem is that when you don’t have $5,000 to pay people to act for a week, that’s when they drop out on you.

Marie Sirena: We also seem to have the worst luck. We had people back out a week before shooting which is just how it goes, but the actors we ended up with were the best possible. A lot of them popped up by surprise. I wouldn’t trade Dale Mitchell for anyone.

Dale Mitchell is one of those great local actors who seems to show up in everything.

Nicolas Alexander: I first met him after one of Jarrod Crooks’ 48 Hour Film Projects. He’s a modern day Jerry Lewis or something. He plays Marie’s boss, who’s a sleaze bucket.

Marie Sirena: He was visibly uncomfortable with some of what we were asking him to do.

Nicolas Alexander: But he gives a deep, rich performance that adds layers to the movie, and you can’t write that.

Carlos Christian: The script is 80 pages long but like I always tell Nic, the meat of the story in on set. The magic makes the story happen, even if it’s just a prop in the background. We make it work in spiritual ways, material ways, whatever.

Marie Sirena: I used to wonder why we didn’t storyboard, but Nic and [cinematographer] Evan [Parquette] take a couple hours and they turn out something you hadn’t imagined. 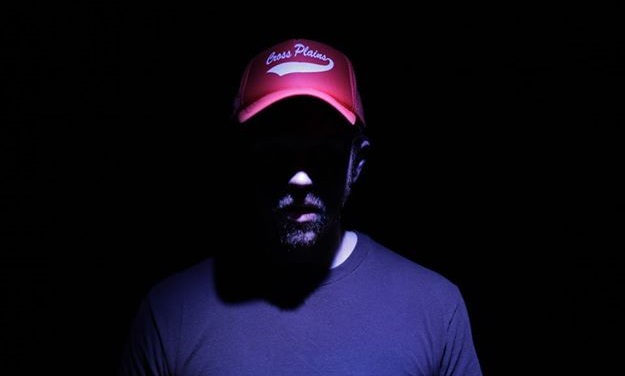 There’s something to the fact that you’ve grown in your collaborations. How does that work with adapting your play?

Nicolas Alexander: 20% of the original spine of the play is in the movie and then 80% is all new stuff. To be honest, I wanted to do a copy-paste thing but we stepped up our game. So Carlos is playing a new character, but Carlos is also my friend, so I know all his quirks. When I started writing the character and bouncing ideas off of him, I wrote it for him. I took the issues he was experiencing and put them into the part. Carlos can absorb and tweak my direction to fit his own personality. I do not have all the best ideas, but I can still draw a circle on a white board and give my actors a marker.

Carlos Christian: The biggest challenge was this monologue Nic gave me. It was really long and all in one take and it’s about how his character messed me over. It’s got to give this big, emotional punch and it came time to film and I told Nic I didn’t know if I could do it. I was having a real bad day, and I didn’t think I could deliver what he wanted. And Nic just said “use it.” So I went ahead with the scene and nailed it on the first take. When I walked off camera, Nic hugged me and said “Hey, where did that come from?”

Nicolas Alexander: Whenever anyone tells me they can’t do something, I don’t believe them.

It sounds like you’re all stepping outside of your creative comfort zones. Getting more liberal with long takes, upping your production values.

Nicolas Alexander: We did a lot of things differently this time. We had better lenses, we were shooting with way better equipment. We shot a lot at a mill in Basco. We’re introducing music, giving it a more theatrical feel. We shot it in anamorphic widescreen. I think because this is a feature, we really stressed having little things throughout the movie you might only notice subconsciously. Almost every scene in the movie has red in it. It’s one of Evan’s trademarks but it also ties into the feel of everything. There’s a religious character named Cole played by Moe Pull and there’s a scene where Evan’s put a cross above him. It looks grungy, but we’re paying attention.

This is a personal project for Nic, but are the rest of you noticing a ripple effect?

Carlos Christian: I’ve gotten to know myself more as an actor. Just small things, the way you move your eyebrows or make your voice raspy. This is a longer project and it brought out more of the actor in me.

Marie Sirena: I would take every opportunity to get into character. If I was driving, I would think about what Bailey would be thinking about in that moment. I even started calling Nic “Jim.”

Marie Sirena: [laughs] It’s my first drama project. I enjoy comedy but I like deep, dark “make ya feel something” films.

Crowdfunding has completely taken over independent film, but how have you approached financing? Are you finding the need to manufacture money out of thin air?

Nicolas Alexander: Yeah, we bought a printer [laughs]. For the very first time, we have sponsors. Capital Brewery, Ale Asylum, Azara Hookah, Red Star Pictures, Savers, Upstairs/Downstairs Catering, and Middleton Village. And I want to thank the sponsors for making this movie happen. Azara and Capital Brewery in Middleton collectively gave us about $1,500, and Red Star cut us a deal on renting equipment. But where the sponsors couldn’t give anymore, it was either out of our own pockets or just winging it.

Nicolas Alexander: If you have an idea for a scene in your mind but know you can’t execute it without money, you have to find a way around it, and that’s what we did. It emphasized the blue collar aspects because there aren’t any special effects shots and it keeps this hopeless, gray tone over the film.

The truck is a perfect example. My older brother, who I had recently reconnected with, had a big beat-up Ram that looked the part and that he was willing to let us use for eight days. But on the day of the shoot at 9:00 in the morning, we’re setting up at a bar in Paioli and we need the truck at noon and I am a little concerned, to put it lightly, because he isn’t answering his phone. I finally get a hold of his wife and find out the truck’s broken. So here we are without a truck in the middle of Paioli. I start talking to the owner of the bar and he goes “I got a truck I use to haul cans. What do you need it for?” I said, “I need it to shoot a movie for eight days.” The crazy thing was, we always include an element, a prop, just something purple in all of our films and there in back is this guy’s purple truck. It was creepy.

Carlos Christian: But there was something significant about the truck.

Nicolas Alexander: There was just one problem. It was a stick. I can’t drive stick, and we had to shoot scenes of me driving the truck. But Carlos can drive stick, so we’re driving down these back roads trying to learn to drive stick an hour before we roll. It’s those things that end up making the movie better.

Are you looking at distributors since this is a feature?

Nicolas Alexander: Yes, but nothing is going to happen on its own. Nobody’s going to knock on your door and ask “You didn’t happen to make a feature film did ya?” “Why yes I did! Come in and watch it!”

Marie Sirena: We’ve talked with agents and producers and tracked down some people who would be willing to look at our stuff. That’s the first step. You can submit to as many festivals as you want, but we’re hoping to just get the movie to people who can actually make things happen.

I assume you’re looking outside Wisconsin?

Carlos Christian: Madison is good and bad. The lack of a film scene makes things open enough that we can do whatever we want, but by not being an industry-friendly city, there’s a lot of other hungry people here, too. This is a small bowl with big fish in it. We don’t want to get big heads here, but we have talent and we want people to see it.