The youngest Golden Badger winner ever moves on to a bigger, bolder project

When I talked to Joe Shaffer about his Wisconsin Film Festival entry The Searcher, he told me he was interested in “grand sensibilities.” Now, with one high school diploma, one Golden Badger award, and a semester of film school under his belt, those lofty ambitions haven’t faded. They’ve only gotten bigger.

With producing partner Adam DeSantes, Shaffer is looking to raise $7,000 for Calliope. It’s a feature-length story, which is a first, but Shaffer’s interest in human connection is still there. In Calliope, young lovers Sutton and Marie are desperate for the picturesque home life their romance is sorely missing. They’re too busy getting stoned, so Sutton looks for a quick way out, offering to pawn off his dreams to rich folks for cash and a chance at that sweet, sweet domestic life.

With just under a month left on his crowdfunding campaign — a campaign Kickstarter just rewarded with a “Project We Love” stamp of approval — Joe reached out to me about his new project and how that film school thing is working out for him:

Congratulations again on last year’s Golden Badger. How has life been since then?

Thanks! Life has been good. I moved to New York to attend film school. Now I’m around talented, driven people, which is all I’ve ever wanted.

Has your time at NYU (so far) changed you as a filmmaker?

Certainly! I think the environment has changed me more than the curriculum. Being in a noisy, messy place made me more appreciative of chaos. Living in a major city, you’re also a lot more aware of kinetic force. Screeching subways, whirring cars, crowds. Unending impact. All great stuff for a fledgling filmmaker to absorb.

Where did you and Adam get the idea for Calliope?

Calliope‘s composer, Tom Thurlow (aka Earthman) first pitched me the idea of a codependent burnout couple whose fantasies become more vivid than real life. Adam, Tom, and I all have good friends who’ve lost a lot to substance abuse or mental illness. It’s not something people like to talk about, so we want to make a movie about the kids who slip through the cracks. Many independent films are about affluent people suffering through Woody Allen-lite crises. We’re taking the opposite approach. Calliope is a grimy movie about born losers. We want to accurately reflect the exuberance and terror of being young and alone. 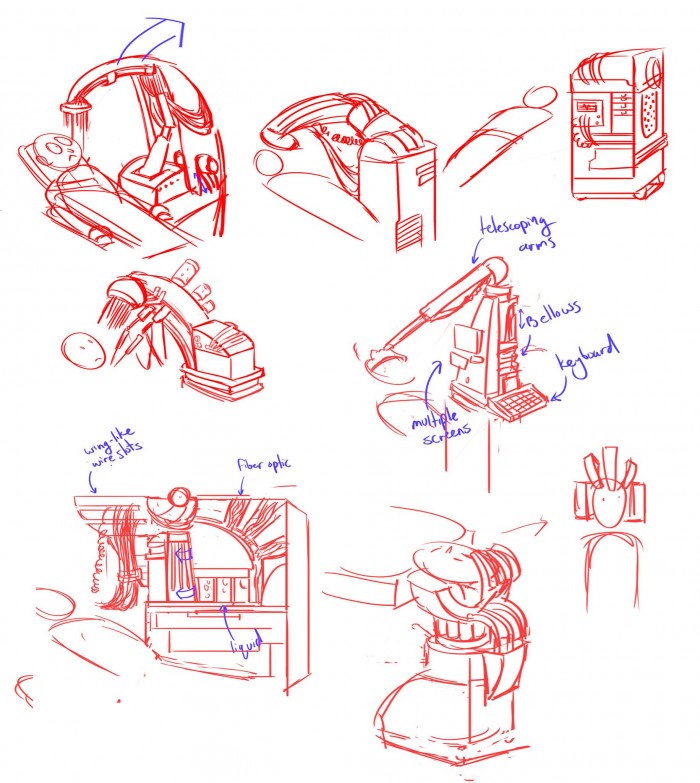 The Searcher was basically a silent movie. How has that wordless storytelling influenced your approach on this project?

Films that give primacy to the image are often less complex in terms of plot, but have the potential to get at emotions that defy words. If they’re not too self-indulgent, that is. A lot of screen time is devoted to Sutton and Marie’s reveries, which are best told in purely visual terms.

You’re playing with the idea of dreams here and from the concept art you’ve shown me, your production design looks like a mix of the familiar and the alien. What’s the feedback loop between you/Adam and Eric?

That’s dreaming–a mix of the familiar and the alien. Mixing the two is a great way to suggest an eerie altered reality. Take something that people recognize and make it slightly off. With respect to the workflow, Eric is a huge science fiction buff and a creative animator; he took our concept for the “Calliope” machine (the technology which harvests dreams) and ran with it. I didn’t want to get in his way by foisting ideas on him. That’s one of the joys of making a movie–you find smart people and give them room to create.

How much has budget affected your design of the film’s technology?

We looked to Godard’s Alphaville as a model for re-contextualizing present technology to look futuristic. It’s a way to save money, and it also helps define the film as a story about the present that’s viewed through the lens of “the future.” That’s the real subject of any sci-fi film, right?

So Marie “concocts a plan.” How did you go about envisioning the agency of someone whose role isn’t just “with child.”

I thought a lot about Marie from a feminist perspective. Is it problematic to have a female lead whose driving need is domestic stability and reproduction? I talked to Spencer (the actor playing Marie), who is one of the most articulate feminists I know, and we agreed that the most important thing was not creating a “strong female character”, but a living, breathing human being with wants and flaws. Marie strives for agency, but she’s too immature. The film is about her trying, and failing, to achieve control. 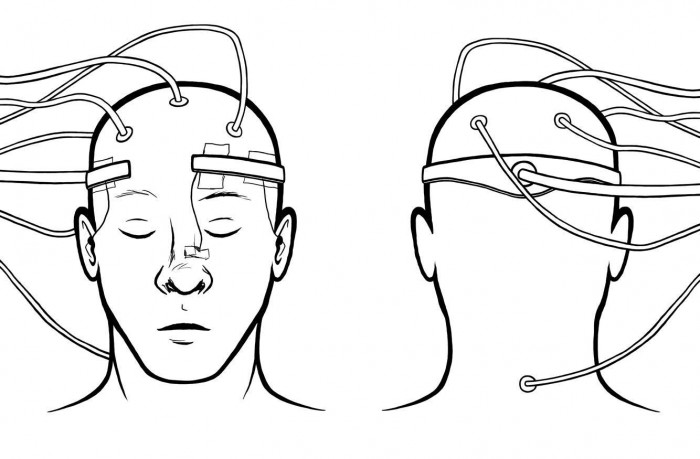 Calliope‘s proof of concept video plays into those stoner characters. Slurred editing, stylized lighting, and a soundtrack that wants to swallow us up. Is this actually how you envision directing scenes between Marie and Sutton?

Calliope is about people whose perception of reality grows farther and farther from the truth. That, combined with extended dream sequences, means that the film is conducive to formalist experimentation. Why make a movie if you can’t have some fun? I’m not interested in a film that won’t take some stylistic risks. Still, giving the actors room to work comes first. I’m lucky to have phenomenal leads, and the last thing I want to do is get in their way. The goal is to make it look like two real people have been inserted into a reverie. We’ll light primarily from above and shoot long takes to give the actors space. The goal is to find authentic moments within fantasy.

You cite The Color Wheel, Taxi and Primer as influencing your thrifty production here and I can see where the sci-fi and interpersonal elements translate to this project. But Jafar Panahi?

To me, Jafar Panahi defines cinema. He’s rebellious and resourceful– an outsider driven to create under opposition, in his case a lifetime filmmaking ban imposed by the Iranian government. I left his latest film, Taxi, in a daze. Though the story takes place in a single vehicle, it overflows with rage and yearning. Taxi is mysterious, crackling with electricity. Though cloistered, it embodies the term “cinematic.” Taxi confirmed my belief that the new guard of independent filmmakers will be playwrights with paintbrushes; people telling small, personal stories in visual terms. I’m no Panahi, but that’s my dream for Calliope.

Everyone’s crowdfunding projects these days. What makes this Kickstarter worth backing?

In a word, innovation. Donating to Calliope is a vote of confidence for the new generation of independent filmmaking. We’re on a mission to prove that quality isn’t proportional to budget. We’d love to have you join us on this strange, stressful journey!