The Canadian-born, New Zealand-raised director will be in attendance for the Midwest premiere of her adaptation of Eleanor Catton’s novel, a perceptively offbeat study of the mutability of collaborative performance at a young drama school

The 2017 Wisconsin Film Festival will see cosmopolitan director Alison Maclean’s return to the chair for the first time since Jesus’ Son (1999); and fans of the aforementioned will be pleased to know she’s lost none of her penchant for dramatic interplay in The Rehearsal (Fri, Mar 31, at 8:15p and Sat, Apr 1, at 11:15a), which spins a dark yet playful commentary on the transformative idea of performance. As last year’s sleeper success The Exchange (WFF 2016) acerbically adapted an American play in France, Maclean and co-writer Emily Perkins re-situate a provocative Canadian novel by Eleanor Catton in New Zealand, which simultaneously speaks to the universality of method acting and the specificity of its subtext and vernacular. Through its sinuous give-and-take, the monthly demarcated, year-long narrative emerges as a moral play(ground) wrapped inside another that’s being privately proposed by its cheeky group of young drama students. They’re led by the initially timid Stanley Phillips (James Rolleston), who finds certain exhilaration in the taboo. This is mirrored in the delicate relationship with his girlfriend Isolde (Ella Edward), who he encounters on public transit; suddenly, her younger, attention-seeking tennis prodigy sister Victoria (Rachel Roberts) becomes the focus of a racket club scandal involving instructor George Saladin (Erroll Shand). 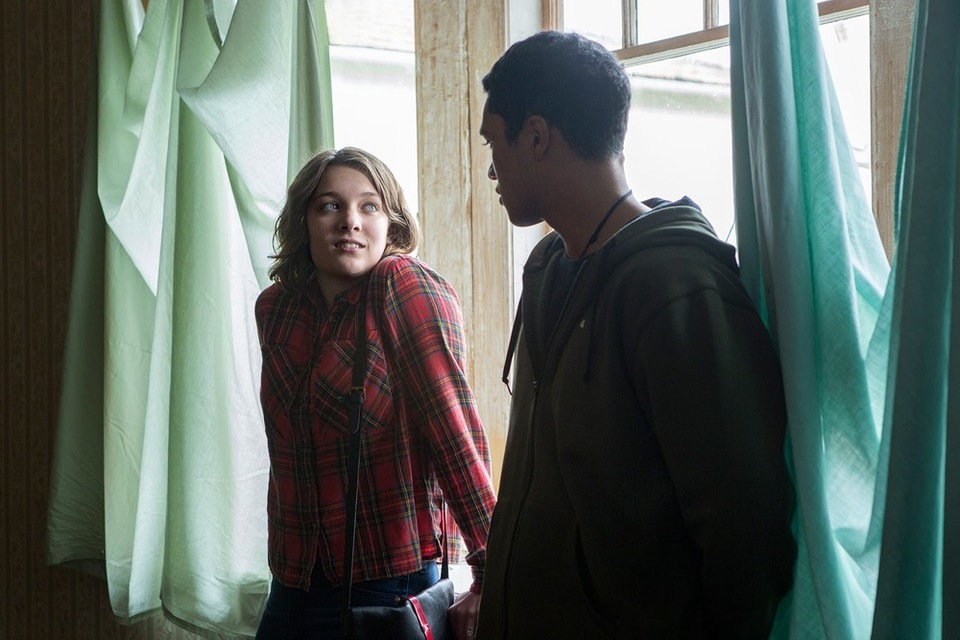 While the premise of Maclean’s film is clearly indebted to exalted New Wave oeuvres of Kiarostami, Resnais, and Rivette in their fascination with the invisible lines between reality and fantasy, authenticity and affectation, her film’s tone and rhythm borrow heavily from the skewering of late-night television and meme culture as soon as the title-card enters. Here, all seems to be fair game in a quick, loopy, and wordless skit as drama student Frankie (Michelle Ny) faces the camera with a racket in hand, sporting utterly inappropriate athletic attire- a blonde wig, miniskirt, and heels. Progressively, these interstitial interludes reveal themselves as parody of the incident between Victoria and George before expanding into larger and more consuming, choreographed routines, almost akin to the improvisational theatre in Mike Birbiglia’s earnest semi-autobiographical dramedy, Don’t Think Twice (2016). Both subscribe, even if their characters do unwillingly, to the collaborative concept while the group members try to elevate themselves individually. Most significantly, from the first-timers at “The Institute” in The Rehearsal to the veterans of The Commune in Don’t Think Twice, the performers are actively rewriting and spontaneously re-scripting themes. Maclean’s freshmen are their own self-perpetuating, aggrandizing rumor mill, entrenched in the imaginative scenario of the illicit liaison between mentor and protégé.

And this, of course, spills into the orientation at the drama school through a complex teacher-student relationship between Stanley, the neophyte, and his fiercely intelligent, intransigent,
silver-tongued (and -haired) acting coach, Hannah (Kerry Fox). If a bit more sympathetic and motherly to Stanley in the end, she exists, at least for a perfunctory period, as cousin to the infamously sadistic Terence Fletcher (J.K. Simmons) in Whiplash (2014), as she goads her students to achieve the pinnacle of artistic accomplishment in humiliating demonstrations. In an opening scene, she criticizes Stanley for failing to convincingly relay the words “I want you” to his standing partner, Frankie. Before momentarily losing faith in him, Hannah jumps to another line of condescending questioning: “Have you ever wanted anyone?” and then proceeds to prompt him to imagine he’s speaking to a bar of chocolate as if the only object of his desire has been food. The Rehearsal builds slowly with this sort of stinging situational humor rather than a barrage of punchlines. Admittedly, the unorthodox setups all require a bit of patience; when combined with the innuendo of speculation, though, the film’s looseness is an asset in driving the dynamics in unexpected directions. 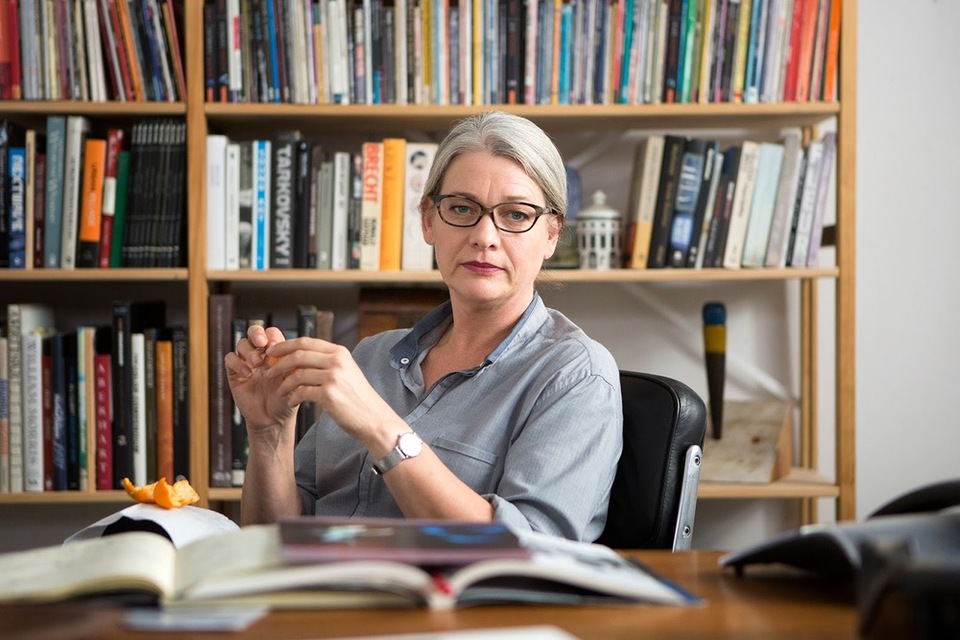 This could be most truthfully applied to the anchoring performances by Rolleston and Edward as Stanley and Isolde, respectively. Their private interactions and gestures are genuinely sweet but never cloying, and provide a welcome, understated counterpoint to the zaniness of Stanley’s group skits that, while ripe with humor, insensitively involve Isolde’s sister. Like Stanley’s teacher in the film, Maclean knows how to harness that awkwardness in the coexistence of a private, mocking, and inevitably damaging joke with the surging youthful desire for intimacy. Call it a passionate distance, a supervised spontaneity that lends The Rehearsal its most compulsively watchable qualities with Isolde’s family scandal. This can feel retrofitted from a separate film in the first act, as it diverts focus from the activities at “The Institute;” but the intersection of these stories is handled with a shrewd consideration for not only those involved, but, by its culmination, the views of an entire community. The Rehearsal forces its characters and audience to reveal their innermost inclinations, as demonstrated in several emotionally frayed scenes. At one point, Hannah’s empathetic exercise for her students to reveal their “most intimate moments,” is contested by the free-spirited, seeming class clown William (Kieran Charnock)’s outright refusal and curt confession. In the characters’ pursuit of acting and the donning of those theatrical masks, the film takes an appropriately multidimensional, tragicomic look at the means of commitment and what it means to be exposed; in a final exhibition, Maclean and her group of young thespians compassionately reveal an abiding and vital union between performer and audience.