“Only 6% of the 500 top-grossing films of 2016 were directed by women, a trend that has remained fairly stagnant over the past decade. I wanted the chance to honor these perspectives.”

On Thursday, Mar 9, the day of the Wisconsin Film Festival schedule’s public unveiling, WUD Film Committee is suitably hosting a festival of its own called “Directress: Girls Just Wanna Make Film.” This 4-day (Thurs-Sun) fest, which is FREE and open to the public, gathers 13 films directed exclusively by women at the Marquee Theater in UW-Madison campus’ Union South. While moviegoers may be getting their first looks at the Wisconsin Film Festival, they can simultaneously satiate their desire for new independent American film as well as international documentaries from the past year. The “Directress Film Festival” is actually presenting two features that screened at last year’s WI Film Fest: The Love Witch (dir. Anna Rose Biller) on 35mm – Thurs, Mar 9 at 9:30p, and Cameraperson (dir. Kirsten Johnson) – Fri, Mar 10 at 6:00p.

With the support of her peers at WUD Film and adviser Robin Schmoldt, Associate Director Kate Zellmer has curated a diverse and superlative array of films from around the globe, including India, China, Tunisia, and Australia. While diligently balancing inspiring narrative features with profound documentaries, the fest also integrates lengthy, tonally complex human dramas with shorter-form, ambiguous lyrical fantasies. This includes the more widely seen, Oscar-nominated Toni Erdmann (dir. Maren Ade) and Window Horses from inventive, veteran Canadian animator Ann Marie Fleming, which just premiered in the US last month. In all, eight of the 13 films are making their Madison premieres. The full slate can be viewed here and on the Facebook event page.

Ahead of the first-ever “Directress,” we talked to Kate about the genesis of the festival, more general thoughts on programming as part of WUD Film, and her personal recommendations.

When did you conceive the idea for this festival? Was there a specific catalyst recently or a more general/longstanding desire in your movie-going experiences to bring together a slate of female-directed films that would potentially augment one another and speak so directly to the perspective/experience of women?

The idea of a female-directed film festival had been in the back of my mind for a while, but there were a number of strong reasons that made “Directress” a no-brainer. Our spring festival aims to highlight cinema that is historically underrepresented in the film community. In the past, WUD Film has dedicated festivals to LGBT and international cinema. Female directors are an unfortunately underrepresented demographic in the current landscape. Only 6% of the 500 top-grossing films of 2016 were directed by women, a trend that has remained fairly stagnant over the past decade. I wanted the chance to honor these perspectives.

Another contributing factor was the popularity of female-centric films at the Marquee. We have a large female audience at the Marquee, and our women-centric films typically perform very strongly. Films such as Sisters (co-starring Tina Fey and Amy Poehler), Edge of Seventeen, Moana, and Room (starring Brie Larson) were some of our highest performers in the past few years, particularly when compared to similar male-centered films. Female directors are more likely to create stories about women, and I thought this could translate into positive attendance numbers. Hollywood studios, take note: catering to women and people of color is a smart business strategy, and it pays off.

Finally, simply as a cinephile, I found myself relating and loving many films by female directors. Some of my favorite films from the last year include Nuts! (dir. Penny Lane), The Fits (dir. Anna Rose Holmer), Cameraperson, and Certain Women (dir. Kelly Reichardt), all of which were directed by women (and have been featured or will be featured in the Marquee this year). I knew that there were many great films to pick from, and whatever lineup we ended up with would be incredibly strong. The temptation to celebrate female filmmakers was too great to pass up. 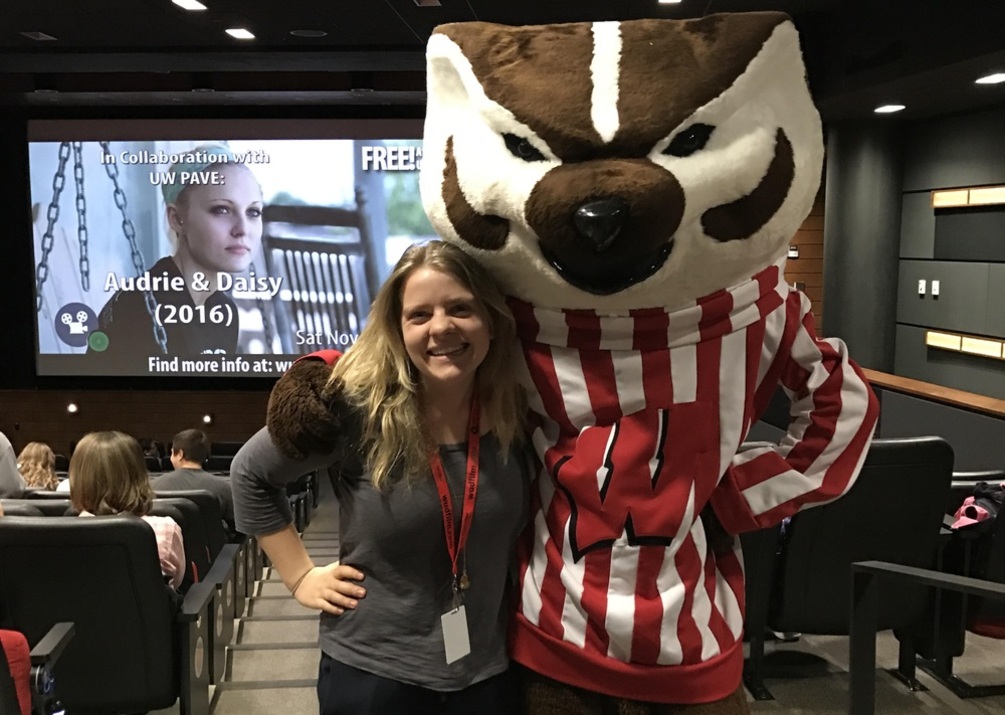 Could you talk about initial awareness/discovery of many of the films you’ve selected? Was it primarily in print and online media, or a combination of personal recommendations, distributor contacts, and your exposure at national film festivals? And if audiences appreciate this lineup of films, what other WUD programming series or resources would you recommend?

I had the opportunity to attend Sundance Film Festival in January 2016 along with several other members of WUD Film. I saw 16 films in 3.5 days and brought many of these films back to the Marquee, both for our fall Marquee Film Festival and for “Directress.” Half of the films I saw while there were directed by women. Cameraperson, Certain Women, and Lovesong (dir. So Yong Kim) were three that I saw at the festival that I decided to showcase in “Directress.”

The rest of the films were found via a collaborative effort among the other members of WUD Film. We have a festivals sub-committee who researches and watches a large number of films. The list was culled from film websites such as Indiewire, lineups of film festivals, and the offerings of favorite distributors, such as Kino Lorber, Oscilloscope, IFC, and Film Collective. Many of the films we found, but were unable to feature in the festival to time constraints, have popped up in the “Starlight” and “Alternative” series at the Marquee.

At a certain stage in your curation, was there an impulse to lean towards more familiar names and accessible features? What ultimately guided your programming decisions?

My goal as a curator is to assemble a lineup that is of high-quality, diverse, and will attract a wide variety of audiences. We definitely aim to have a few tentpole films that will attract a large audience. This year, Toni Erdmann and Certain Women are definitely larger, showcase films. These films allow an entry point for audiences who may not be familiar with smaller, independent cinema, and will hopefully encourage them to check out some other features. I then try to gauge committee interest on potential films, as that’s a good example of what audiences might be interested in. For example, Evolution (dir. Lucile Hadžihalilović) had been gathering interest since September for its incredible trailer. We then try to fill in the rest of the lineup with movies spanning different genres and perspectives that might not otherwise be brought to the Marquee.

The average viewer is not going to attend all thirteen films, nor would all the films appeal to everyone. We want everyone to be able to find a film that entices them to come to “Directress,” whether that is a tense thriller on the difficulties of female friendship (Always Shine by Sophia Takal), an animated coming-of-age story (Window Horses), or an LGBT love story (Lovesong). Our ultimate goal is to have every film in the lineup bring something unique to the Marquee that audiences can connect with.

Is there a specific film or two that you’re excited about or would urge Madison audiences to see, perhaps related but not limited to its/their stylistic innovations, captivating storytelling, or socially conscious message?

I would urge Madisonians to check out Cameraperson. Directed by cinematographer Kirsten Johnson, the film is a compilation of footage shot over her career shooting documentaries across the globe. It’s deep, it’s personal, and unlike anything else I’ve seen in a long time. In a political climate that seems to be increasingly insular, Cameraperson reminds the viewer of the humanity of the rest of the world. It definitely rewards being seen it on a big screen.

What are your future plans at WUD Film as an Associate Director? If you’re willing, could you provide a bit of insight into the remainder of the spring or the committee’s aspirations for the 2017 year?

“Directress” will be my final curatorial experience as an Associate Director, and I’m thrilled to end my tenure with such an excellent festival. WUD Film will be taking a short break after “Directress” for spring break and the Wisconsin Film Festival (Mar 30-Apr 6), but we will return in April with some truly spectacular programming. We’ll be playing a combination of Oscar nominees, large international titles, and indie darlings. Stay tuned at WUD Film or Facebook for exact titles and times!