Preceding a brief spring hiatus, the Chazen will screen one of Ingmar Bergman’s most celebrated ’50s dramas this Sunday

Best experienced at the fragrant start of strawberry season, as I did, upon Criterion’s Blu-ray release in June 2013. However, as a dreamlike gateway into Ingmar Bergman’s seasonally attuned catalogue, it’s a ripe excursion at any time. 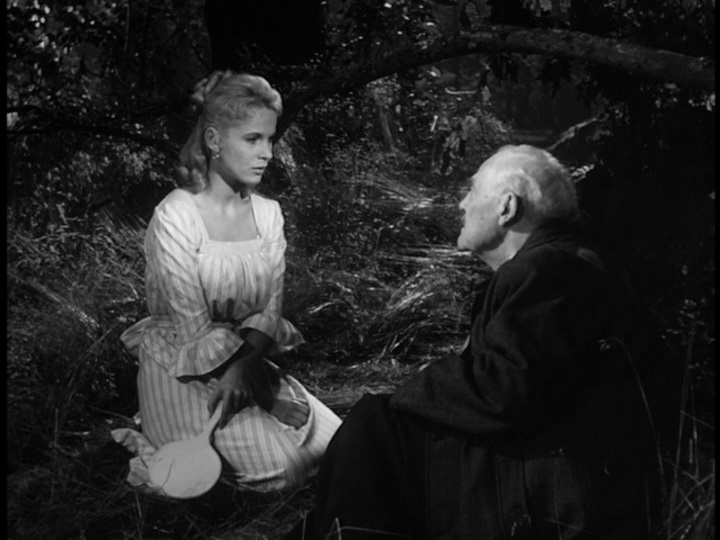 Wild Strawberries [Smultronstället] is usually championed as the great Swedish director’s most accessible film for its tonal balance of light humor and introspective gravity. The varied locations also make it feel more kinetic than his usual fare, so I dubbed it a “road trip life cycle,” as Professor Isak Borg (septuagenarian Victor Sjöström)’s physical journey to the town of Lund one late spring morning is intended to brim with the totality of life. In equally bleak and hopeful human inquiries, the film turns to Marianne (Ingrid Thulin), Isak’s daughter-in-law, determined to break this generational cycle of feuding households to forge a true emotional connection.

After first viewing, I remember the stark character parallels between the dream world and reality, and this divide is perhaps more vivid than anything Bergman had made until this film, in 1958. (For reference, Isak’s cousin Sara of the past || the naïve and animated Sara of the present; Sigfrid in Isak’s past || Viktor in the present; and Isak in the past || Anders in the present). I appreciate the organic way the physical expedition lures Isak into the past where he becomes a Dickensian witness like Scrooge in A Christmas Carol. Then the physical and mental catalysts switch, and the latter drives Isak further on his route to Lund from his home in Stockholm. 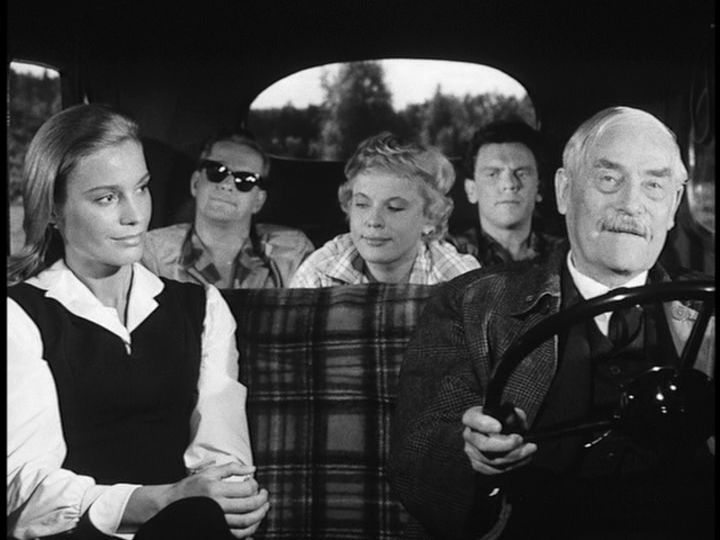 During Isak’s first dream on the first of June, superfluously introduced with voiceover, I began to wonder about Wild Strawberries‘ influence on Fellini’s evolution as a filmmaker in the 1960s. Fellini’s 8½ (1963) opens with what’s now known as one of the most famous dream sequences in all of cinema, but its framing seems indebted to foreshadowing surrealism magnified in high-contrast here. Isak wanders empty streets populated by ruined houses, a Poe-like thumping heartbeat, a faceless man, and a carriage carrying a coffin (a microcosmic tribute to Bergman’s favorite silent film, The Phantom Carriage, directed in 1921 by Isak Borg himself, Sjöström).

While Isak’s rich inner life is poetically, cinematically fascinating, the film doesn’t quite turn enough attention to the younger characters in present day. (Bergman reportedly criticized their scenes as “stone dead.” Haha, I don’t know if I’d go that far; but they are fragmented). Passion of Ingmar Bergman author Frank Gado takes more serious issue with the execution, going into considerable depth regarding the seemingly optimistic conclusion and Isak’s supposed conversion. “At no time does he acknowledge his past faults or embrace a new faith… The reason the resolution is so murky is that Bergman has shaped no conflict from the long review of Isak’s life. The old man calls this his ‘day of decision,’ yet the only decision is made by his daughter-in-law” (221). Marianne’s prospective birth isn’t enough to elevate the profound isolation of Isak’s distant life. 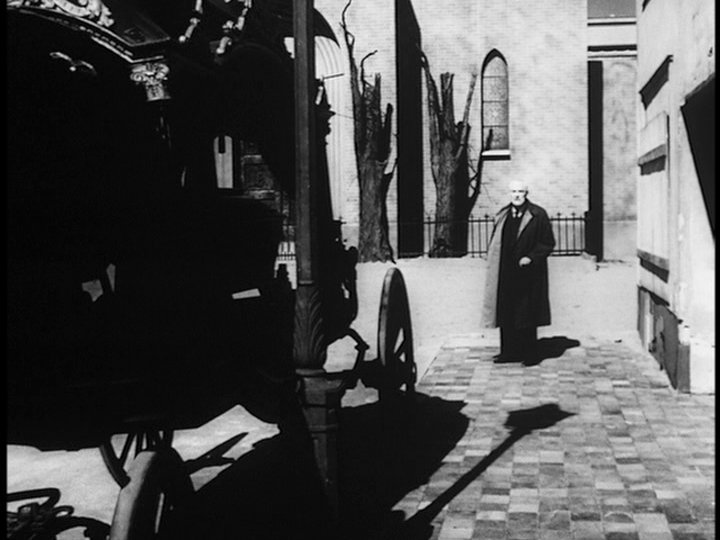 This deceptive lack of conflict and confrontation may explain why Wild Strawberries is easier to approach than Bergman’s later work for the screen. As I tidily summarized, it’s centered on the observation of a life cycle. And despite the severity of Isak’s dreams, there’s something ultimately noncommittal, as if it were a simple autobiographical plunge into childhood comforts. Of course, Gado knows what I’m thinking; yes, Bergman uses regressive fantasy to escape certain remorse. So, if this is a psychological document of the director trying to capture the love of his father through the character of Isak while also instilling bits of himself within, it is perhaps more disturbing than we have all accredited, haha. But these layers also reveal a personal narrative worthy of the scrutiny contained in these paragraphs.

Gado finally argues that Wild Strawberries represents an artist torn between two objectives: rendering a portrait of despair but simultaneously escaping from punishments of reality through the process due to immeasurable fear, shame, and guilt. If I had to relay why Bergman has retained such strong personal appeal from the six years that separate viewings, it’s contained in that very human contradiction. Reading Gado’s words evokes a quote from his preface: “(Between 1953 and 1960), the energy of his films is produced by a tension between the destructive, nihilistic dream vision and the artistic contrivance that offers rescue from despair… the making of fiction becomes a kind of magic, generating consoling illusions…” (xvii).

You know, Bergman is one of the great artists of all-time in any medium; any of us would be fortunate enough to escape this problem. As the world grows less idealistic in one’s eyes, how can art not be used in this way? Some eight years later, in 1966, Bergman’s more revolutionary Persona seeks to transcend art by employing fourth wall-breaking tendencies of the avant-garde, including a miniature recontextualization of his own 1949 film, Prison (in the opening).

In late autumn 2007, I immediately proclaimed Wild Strawberries to be a sincere masterpiece of emotion and reflection, but I have come to prefer the inscrutable qualities of his more challenging ’60s period. While the film is nevertheless a bit light by comparison, I understand why it has functioned as a prompt for self-examination and held such universal value even after 50-plus years. It’s difficult not to prop up the film as an enjoyable experience; and despite some snags in realization, it conjures a vivid nostalgic sensibility and meets it with acute psychological exploration. 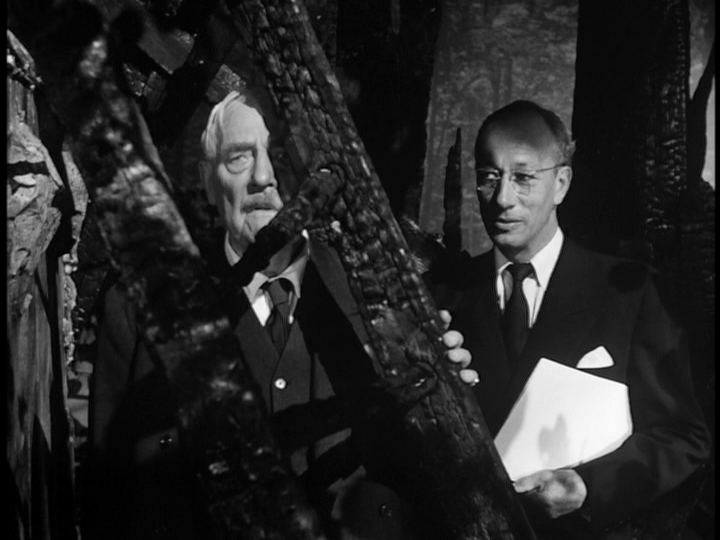